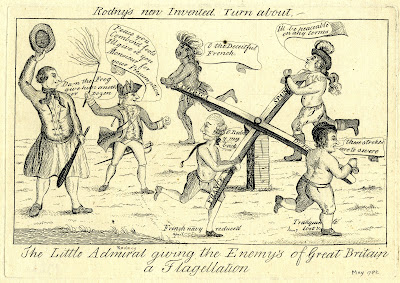 In this colorful political cartoon, Admiral Rodney flogs personifications of Holland, America, France, and Spain, who are bound to a turn about. Rodney wields his cat-o-nine to the delighted encouragement of the British tar to his left, who shouts "Da-n the Frog give him another Dozen!" 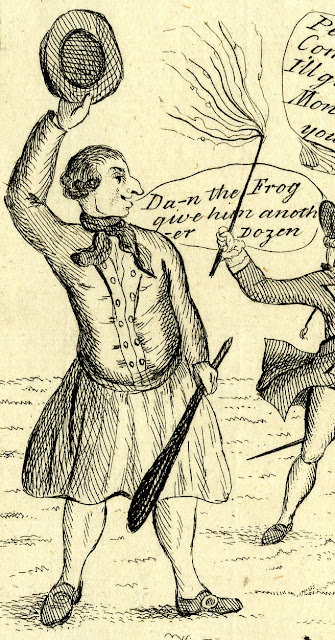 Our frighteningly enthusiastic tar waves his round hat in his right hand, and clutches a cudgel in his left. Jack wears a double breasted jacket with lapels, though no collar or cuffs. His black neckcloth is tied high and tight about his neck. Loose petticoat trousers hang down to just below the knees where he wears white stockings, round toed shoes, and oval buckles.
Posted by Kyle Dalton at 11:12 AM