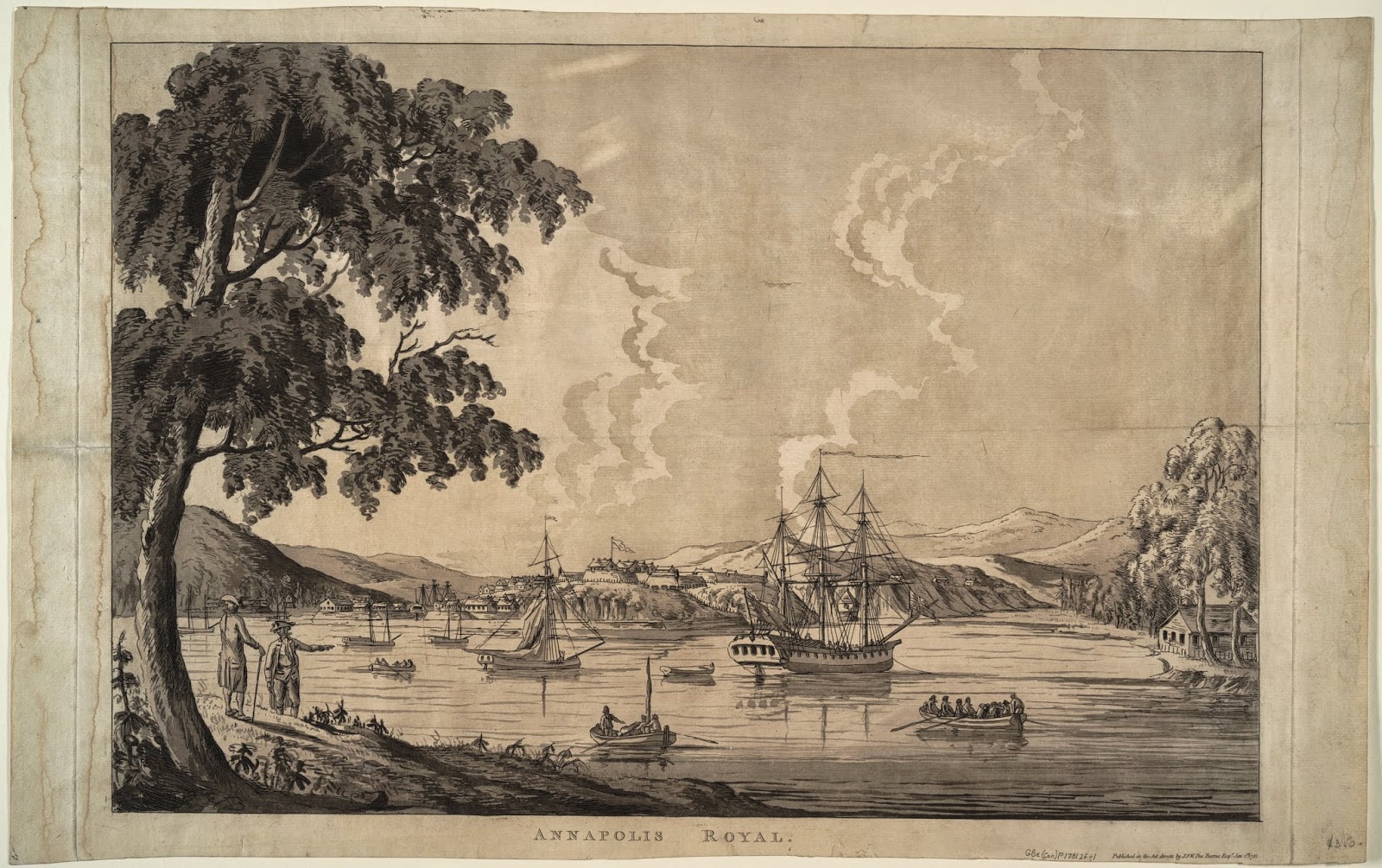 Under the guns of a well placed fort, a number of vessels ride at anchor in Annapolis Royal, Nova Scotia. A sharp eye will also notice the ship to the left of the fort, ready to slide into the water from her slip. The harbor is busy with activity in support of the war against the rebellious Americans, and a number of sailors busily row about the bay.

In the longboat that rows toward the stern of the frigate at the center right of the frame, a few sailors propel a number of officers who gather in the stern. Each sailor wears a short jacket, neckcloth, and round hat. The coxswain at the stern is similarly dressed. 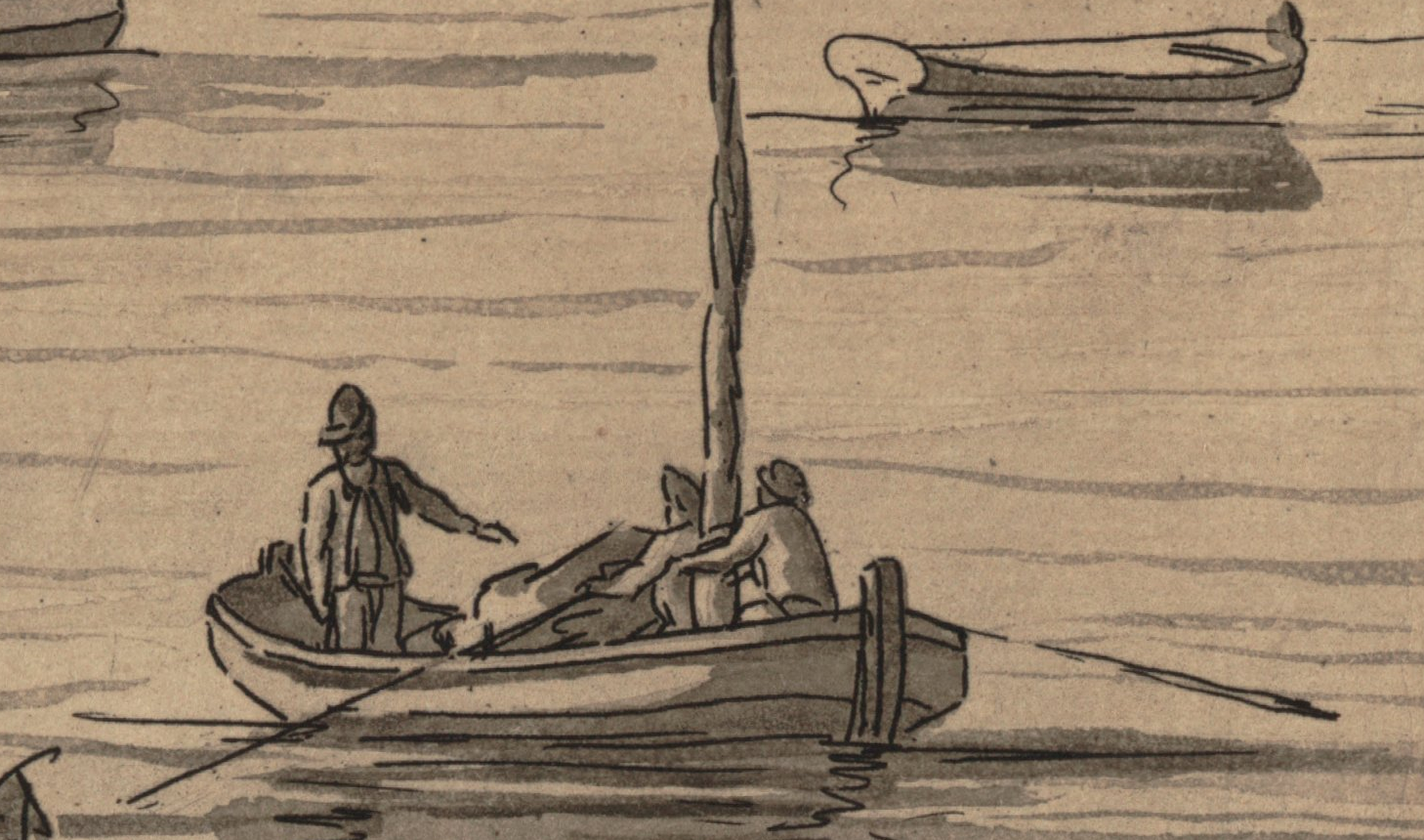 The same can be said for these two oarsmen. At the tiller, the coxswain wears a taller hat, perhaps a Dutch cap. He appears to be without waistcoat. Though this detail of the frigate does nothing to clear up what the sailors aboard are wearing, I was intrigued by the tall block house behind her rigging!
Posted by Kyle Dalton at 8:00 AM

Email ThisBlogThis!Share to TwitterShare to FacebookShare to Pinterest
Labels: 1780s, cap, round hat