Punch's Opera with the Humours of Little Ben the Sailor, 1756 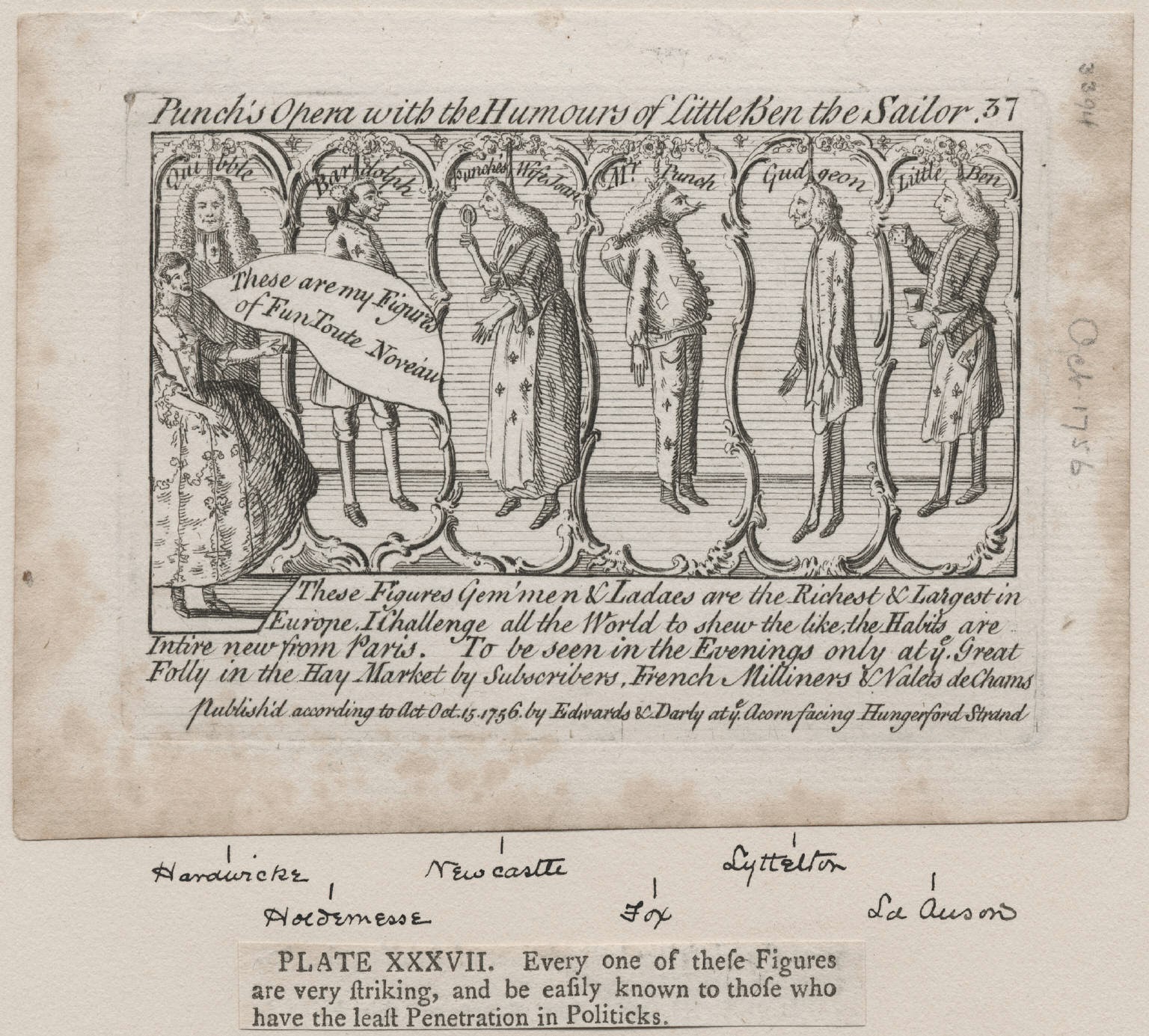 Punch's Opera with the Humours of Little Ben the Sailor, Edwards and Darly, 1756, Walpole Library.

Every one of these Figures are very striking, and be easily known to those who hae the least Penetration in Politicks.

Indeed they would be for the average person of eighteenth century Britain! Thankfully, the owner of this piece helpfully labeled it for future generations. So we know that the title character "Little Ben" is none other than the esteemed First Lord of the Admiralty George Anson. The artists have clearly taken a set against him, as he is depicted hanging with a lot of other undesirable politicians, all of whom bear marks of the French. Punch was a famous comic character in puppet shows of the century, and so are these hanging caricatures.

In his right hand is an oversized die, in the other a cup. The pockets of his slops, dotted with fleur de lis, spill with cards. His jacket is short, ending just below the waist, and its cuffs are open.
Posted by Kyle Dalton at 8:00 AM