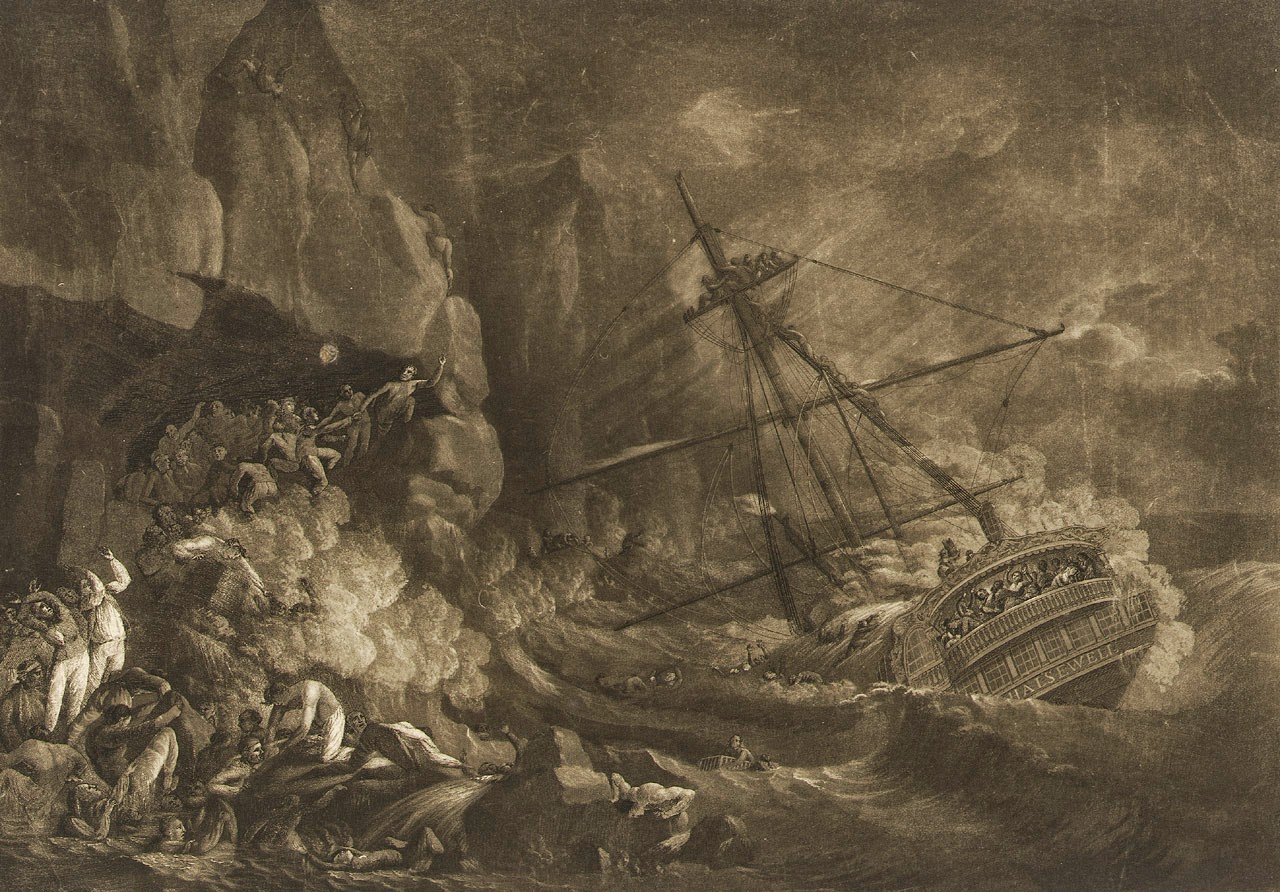 "To the Directors of the Honourable East India Company this print representing the Loss of their Ships Halsewell...," Robert Dodd, 1786, National Maritime Museum. 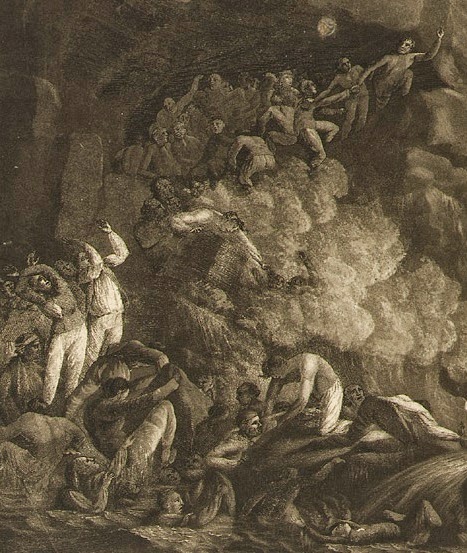 Washed ashore by the unforgiving waves, the crew of the Halsewell do their best to clamber onto the rocks in search of shelter. Some have lost their jackets and shirts, though at least one is clearly dressed in a jacket and shirt without waistcoat. No slops are to be seen, but there are plenty of plain white trousers. Interestingly, they appear to be tightly fastened about the ankle. This could be the result of the soaking water causing it to cling to them, but I cannot be sure.

Another interesting aspect of their dress is the sailor at the far left of the frame, who appears to wear a headwrapping of some sort. Though popular among reenactors to wear a bandanna or other head wrapping, it is far from common in images of this period. It could be that the wrap is a bandage. 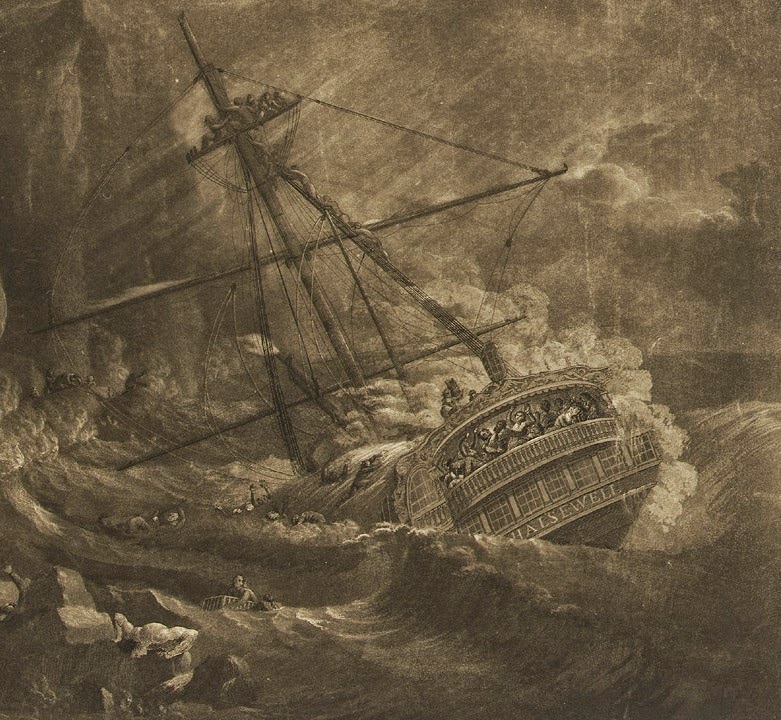