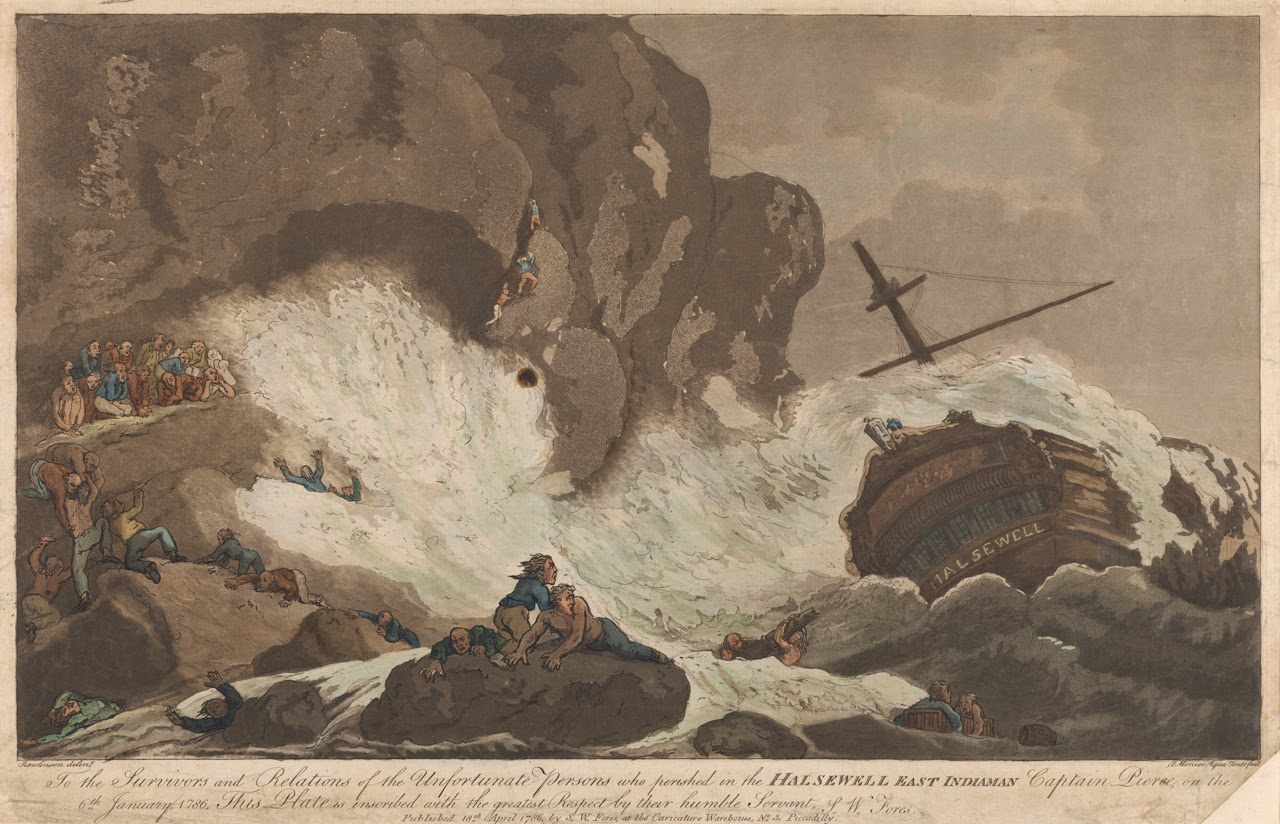 "To the Survivors and Relations of the Unfortunate Persons who Perished in the Halsewell...," P. Mercier, S.W. Forbes, and Rawlinson, 1786, National Maritime Museum. 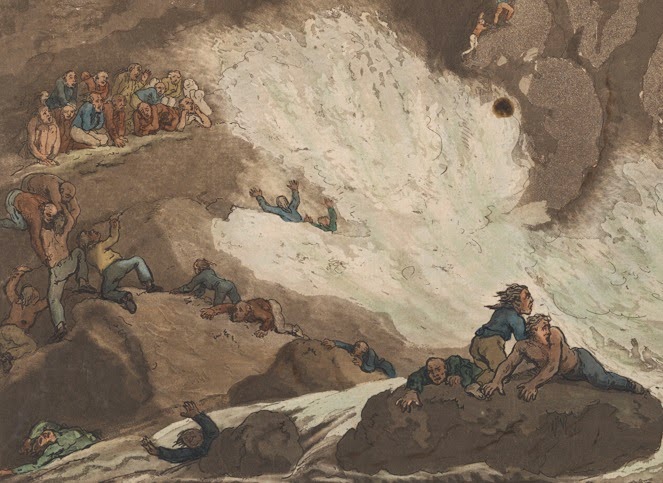 The crew of the Halsewell try to clamber onto the cliffs and rocks of Dorset. Some have lost their jackets and shirts, adding to the suffering of the the survivors in a stormy early January.

There is a good deal of color among their slop clothes: blue, red, and yellow jackets; white, and blue trousers. The storm appears to have carried away all of their headwear, though. 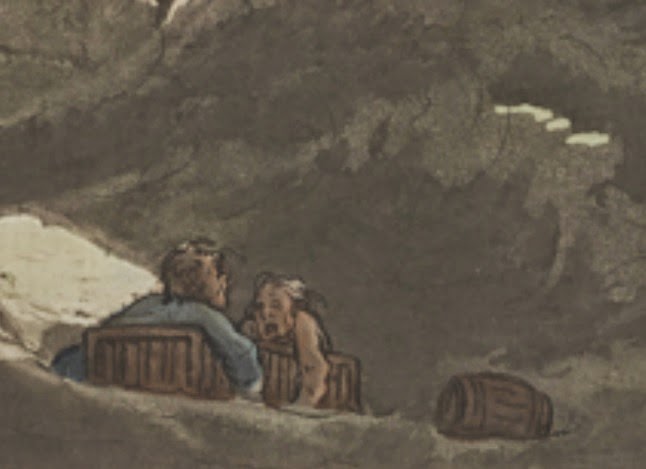 The two men pictured here are often seen in depictions of the Halsewell disaster. They are John Rogers, third mate, and James Brimer, supernumerary fifth mate. While standing on the poop deck, they were overtaken by a strong wave, and took hold of a hen coop. This they rode ashore, but were horribly bruised when the flotsam struck the rocks.

They remained in the caves with the other survivors until nearby quarry workers arrived to rescue them. Mr. Brimer fell during the attempt and, in the words of Rogers, "was unfortunately dashed to pieces, in the presence of those who could only lament the deplorable fate of an amiable and worthy man, and skilful officer."
Posted by Kyle Dalton at 8:00 AM