Yorick at Dover going to embark for Calais, 1775 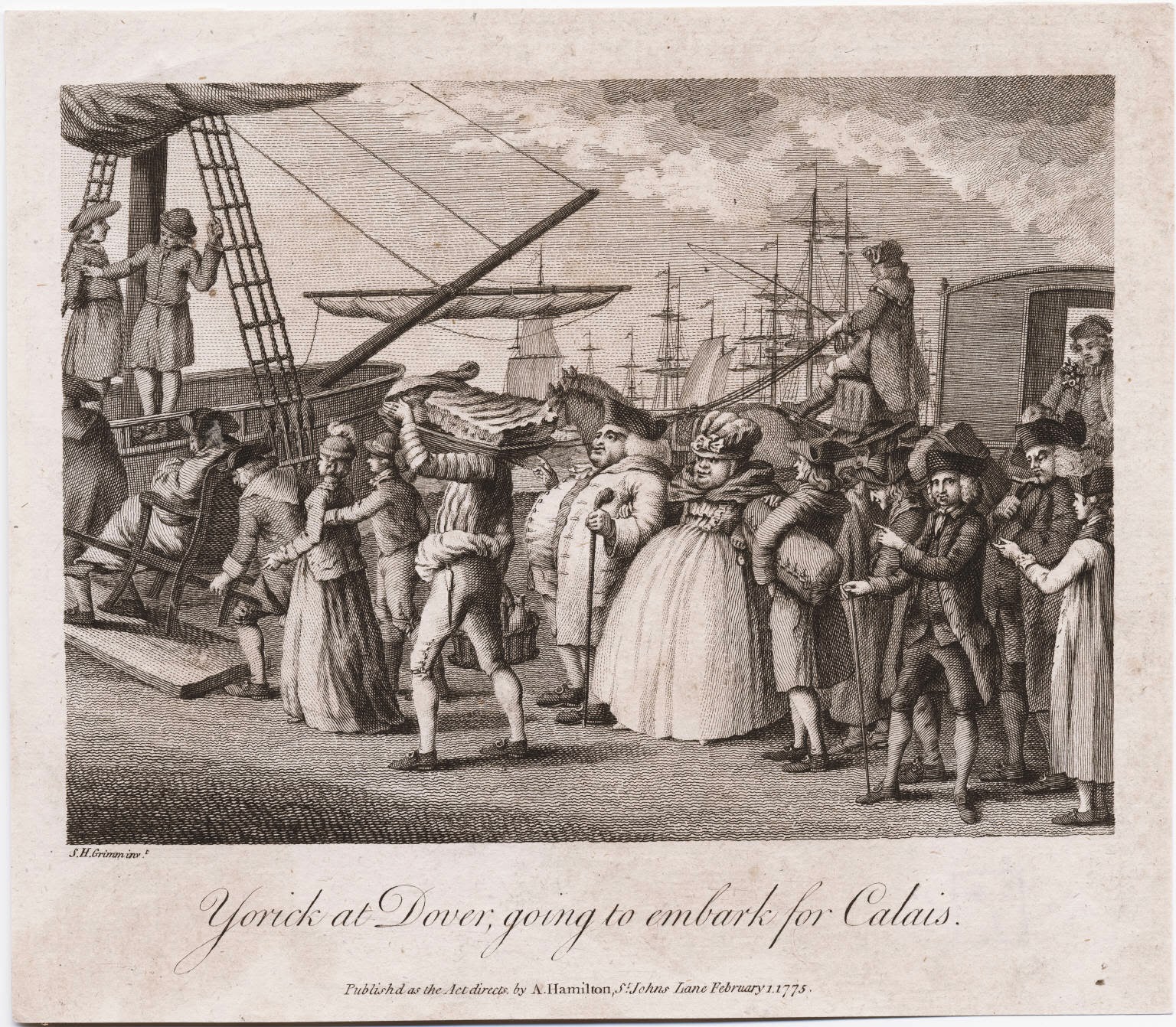 A load of passengers, some of whom are more rotund than others, board a vessel for a trip across the Channel. The passengers are a mixed lot: young and old, rich and poor. Today we're going to take a look at the sailors. 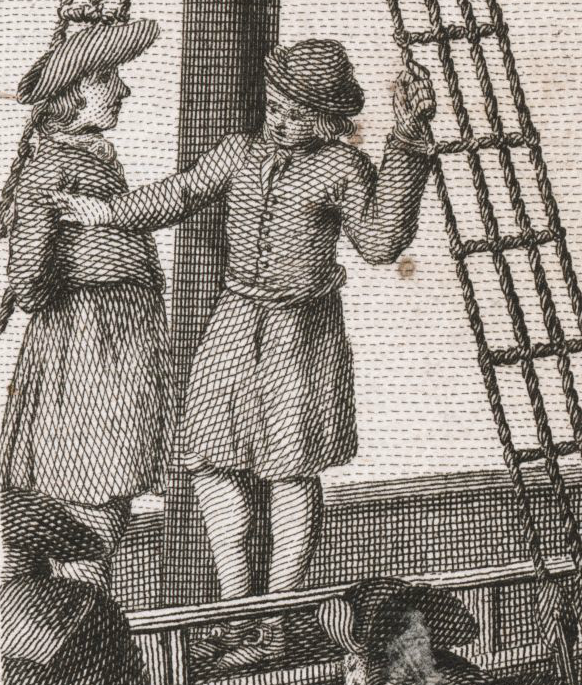 Two of them stand conversing at the rail near the foremast. Both wear slops and a single breasted short jacket. The sailor on the right wears his jacket tucked into the slops, while the other wears it without. Each has a neckcloth tucked into the jacket itself, but diverge on their headwear. The tar on the left has a cocked hat with the point worn forward, the other a knit cap or dutch cap. It could be interpreted as a round hat with very narrow brim, but it appears to curl up, so I should think it a different style.
Posted by Kyle Dalton at 8:00 AM