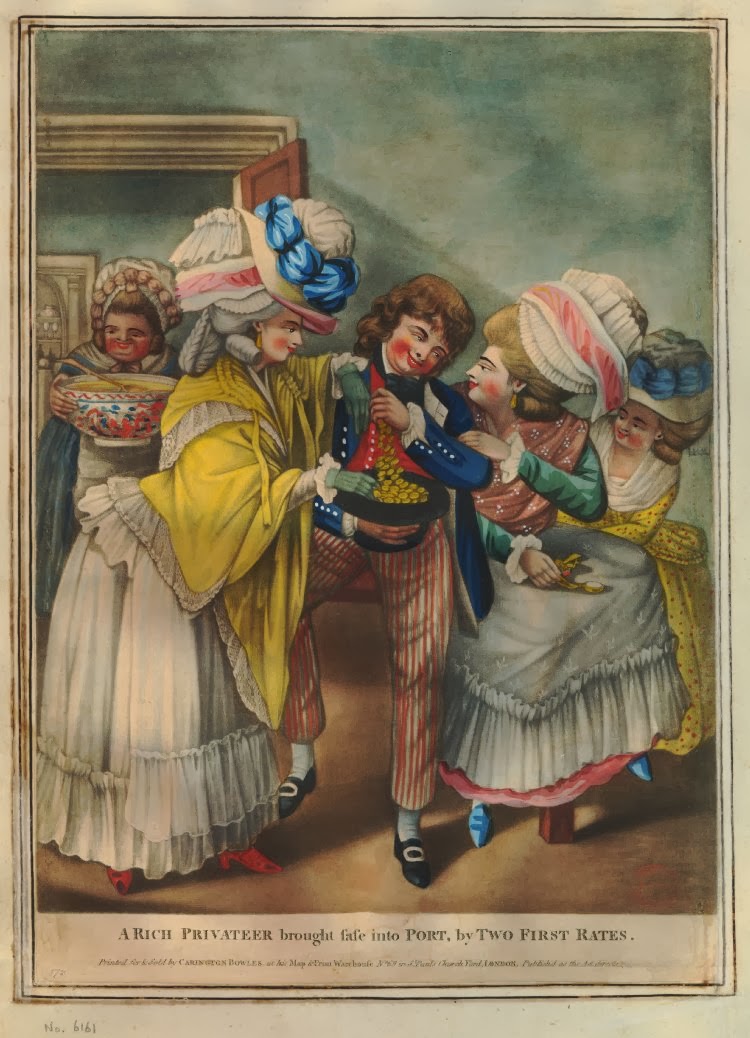 This is another in Bowles' series of prints using nautical language as a double meaning for scenes between sailors and women. In this one, a happy tar pours gold coins into his hat with a woman on each arm (the "First Rates"). Behind him is yet another "first rate" and in the doorway to the left is a mighty big dreadnaught with punch bowl.

Jack's flowing hair that extends past his shoulders. Beneath his white collar is a black neckcloth, tied in a fancy manner. The red waistcoat is double breasted with white metal buttons. His jacket is longer, ending about halfway down the thigh. It is single breasted with white metal buttons on both the lapel and the slash cuffs. We get an unusually good view of the lining, even including the inner stitching by the buttonholes! The seaman's trousers are striped in red, ending well above the ankles to show off the white stockings, pointed toe shoes, and oval buckles. His is a round hat, weighed down by the gold of his successful cruise.

Though not directly related to our examination, the misses pointed out the wonderfully colorful shoes on the First Rates!
Posted by Kyle Dalton at 11:20 AM