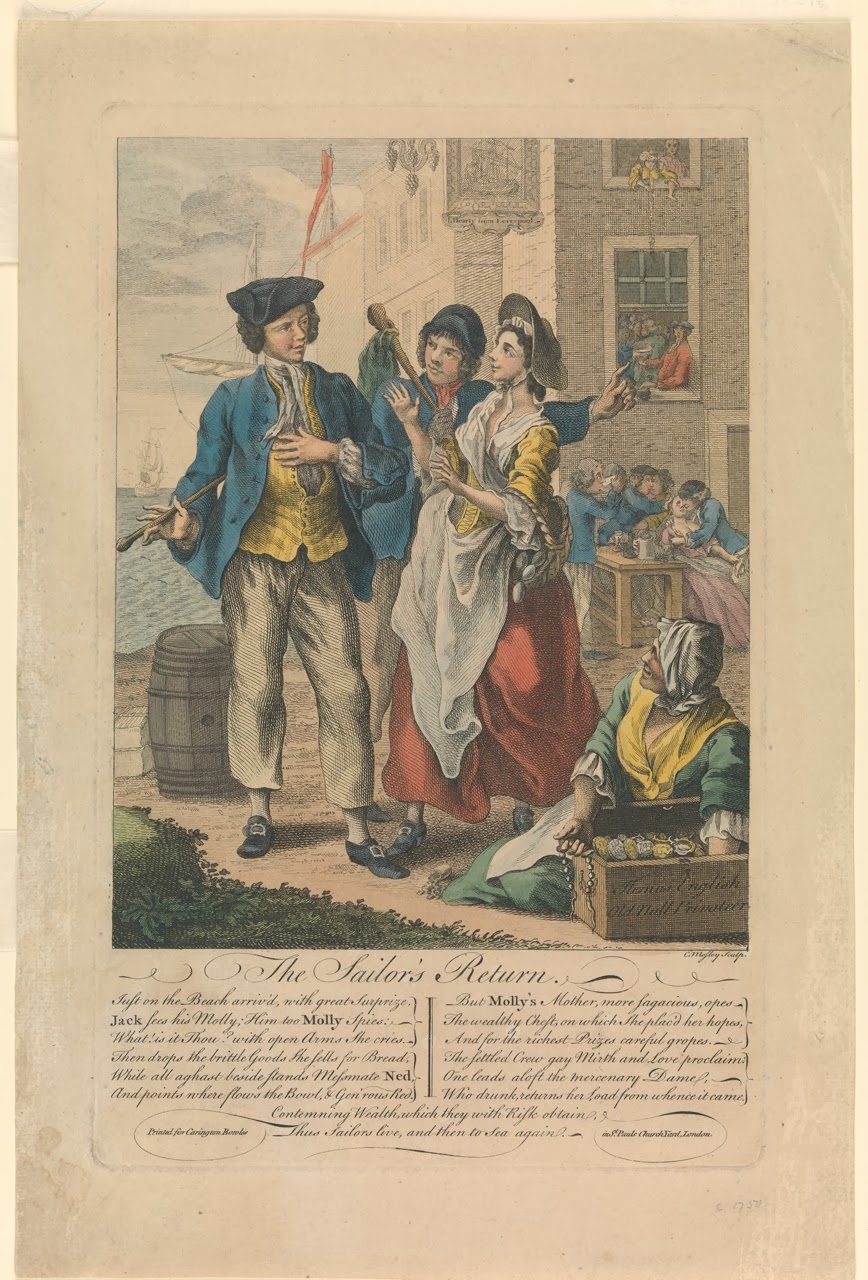 Works entitled or portraying a sailor's return were a popular topic for artists from the eighteenth and well into the nineteenth century. In this piece, a sailor returns with his mates (many of whom carouse in the background) to a woman so surprised by him that the eggs spill from her basket.

The primary sailor in this piece, standing to our left, sports the now familiar black cocked hat, without tape, cockade, button, or loop, and reversed. The crown appears to be flat on top. His curly hair is loose and short, not even reaching his shoulders. The neckcloth is white and tied like a cravat. Close inspection shows that the cloth is patterned very lightly with grey designs, possibly polka dots. Our tar's jacket is double breasted with cloth covered buttons without collar, lapel, or pockets. His jacket cuffs have slash cuffs with a short row of cloth covered buttons. The open waistcoat beneath is single breasted with narrowly spaced cloth covered buttons, all in yellow with dark vertical stripes. Notably, it is without pockets and has a narrow cutaway ending about the waist, but just low enough to hide the button or buttons of his off-white trousers. The trousers end well above his ankle, showing off his white stockings. His square toed shoes have decorative buckles, perhaps purchased with the prize money of a successful cruise. 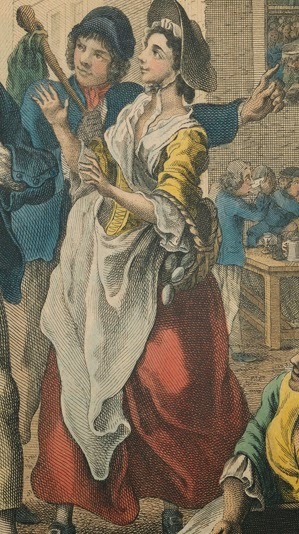 The sailor's mate stands beside him and behind the lass, pointing away to the gentleman in the window cradling a bowl of punch. His jacket matches that of the sailor beside him, and he too wears a pair of trousers. The neckcloth on this mariner is a light red, bordering on orange. This cap is a jockey style cap, and one that is found fairly often in earlier pieces, particularly those predating the 1770's. 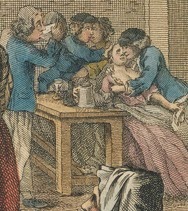 Their mates in the background to the right, carousing with their women, all wear identical short jackets, except for the fellow quaffing the punch bowl, who has waist pockets on his. Two of them wear caps identical to the fellow behind the woman in the center of the image, and all have loose, short hair. The seaman with the punch bowl is the only one whose trousers we can see clearly, and they match the others. His shoes appear to have pointed toes.
Posted by Kyle Dalton at 3:51 PM