The Idle Prentice Turn'd Away and Sent to Sea, 1747 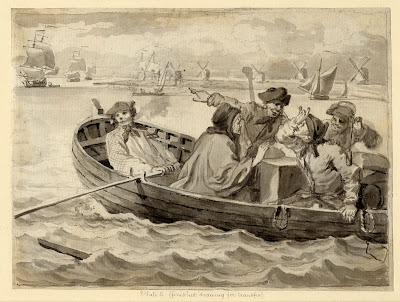 Study for The Idle Prentice Turn'd Away and Sent to Sea, William Hogarth, 1746-1747, British Museum. 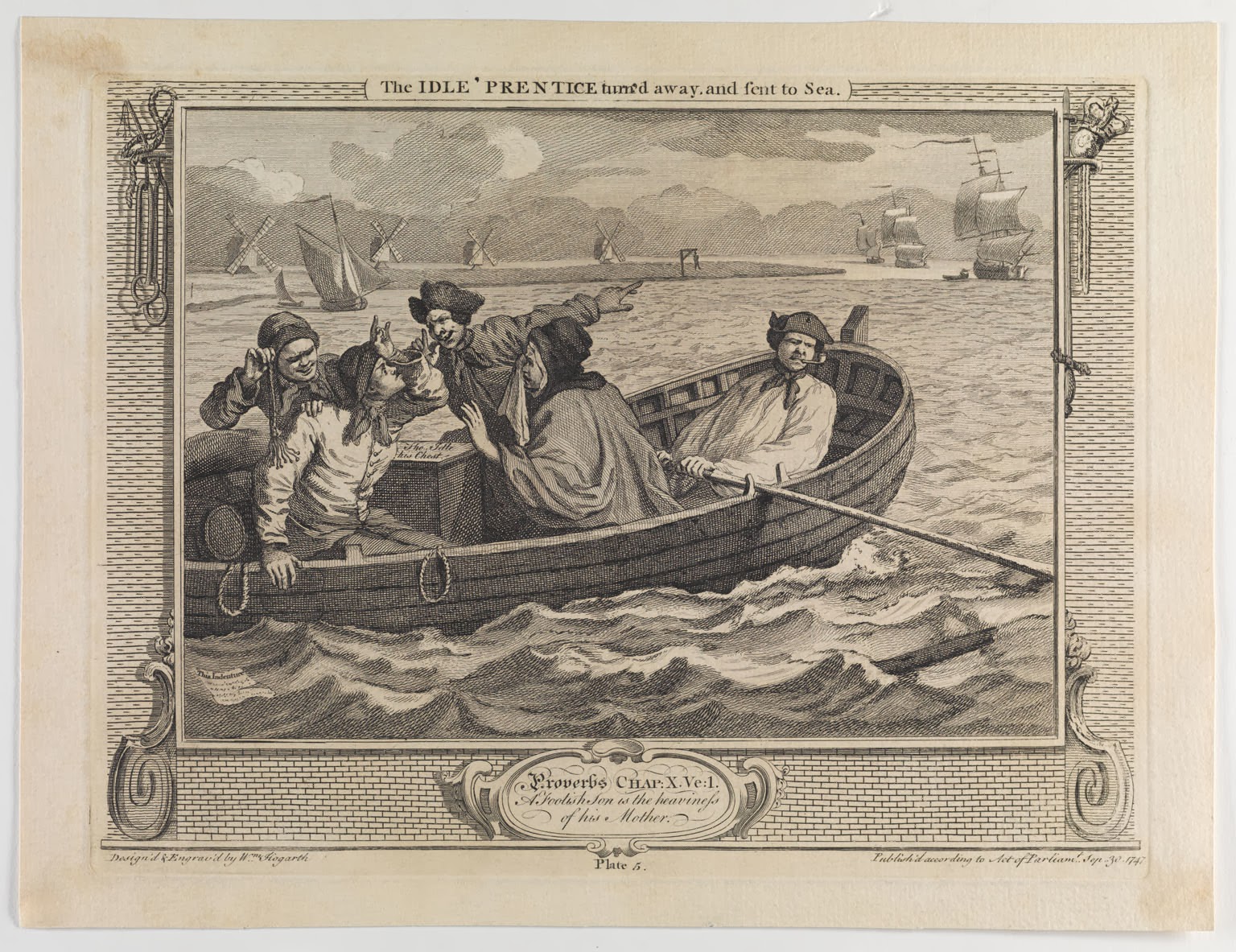 Today's print is part of the "Idle Prentice" series by William Hogarth. The title character sits beside a sea chest (marked "The Idle/His Chest"). He argues with a pair of sailors while his mother weeps for him. At the bow of the boat rows the only man doing any work: a disgruntled looking mariner with a short clay pipe between his teeth. 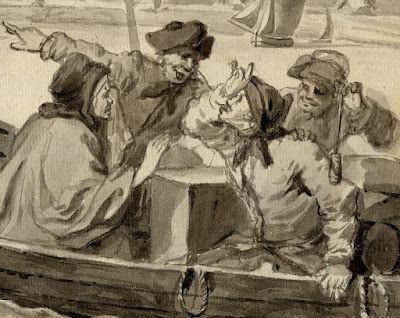 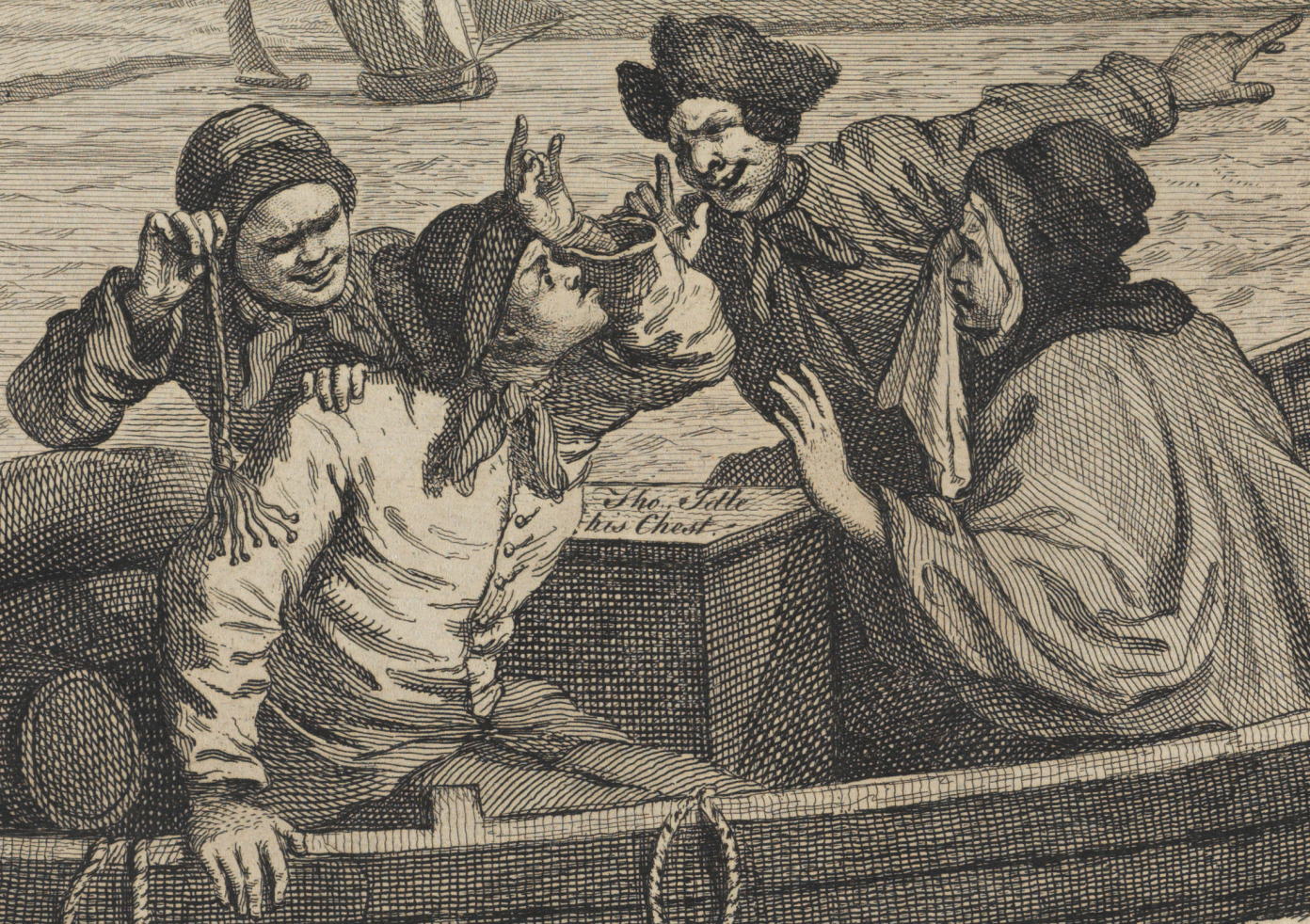 The Prentice wears a cocked hat, handkerchief, and jacket without cuffs, pockets, or collar. He raises his hand to his head in an insulting gesture: the cuckold's horns. Behind him is a rather vile looking seaman wearing a handkerchief and some sort of short cap. As loose as his sleeves are, and given the smock that both his mate and the oarsman wear, I presume he is also wearing a smock. In the study he dangles what appears to be a sounding lead, but in the final print it has been changed to a cat of nine tails.

To the right of the Prentice, and pointing away to the gallows ashore, a tar wears a hat that frankly confounds me. At first glance, it definitely appears to be a cocked hat. On closer inspection, it looks parted at the peak. I can't make heads or tails of it, but can confidently say he too wears a smock. 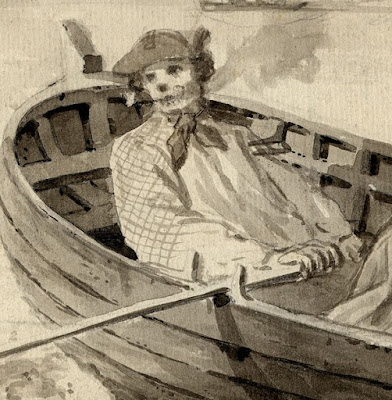 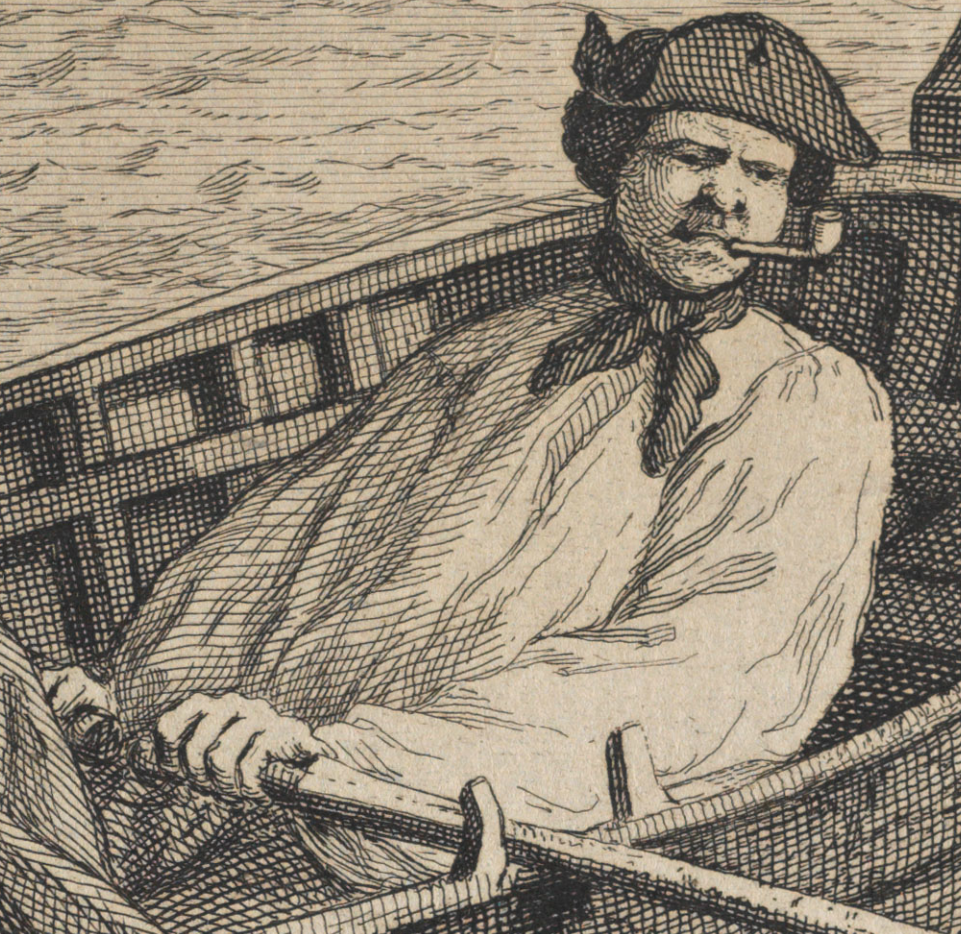 At the bow, and looking sick of the argument at the stern, the oarsman wears what is very clearly a reversed cocked hat. There is a simple and small cloth covered button and short loop at the front. He also wears a closely tied handkerchief. On the study, Hogarth made a number of changes: he experimented with putting the clay pipe on one side of his mouth and the other, and he experimented with putting the oarsman in a checked shirt. But the hat and handkerchief remain unchanged. This is strong evidence for the wearing of a reversed cocked hat and closely tied handkerchief being closely associated with mariners.
Posted by Kyle Dalton at 7:32 AM