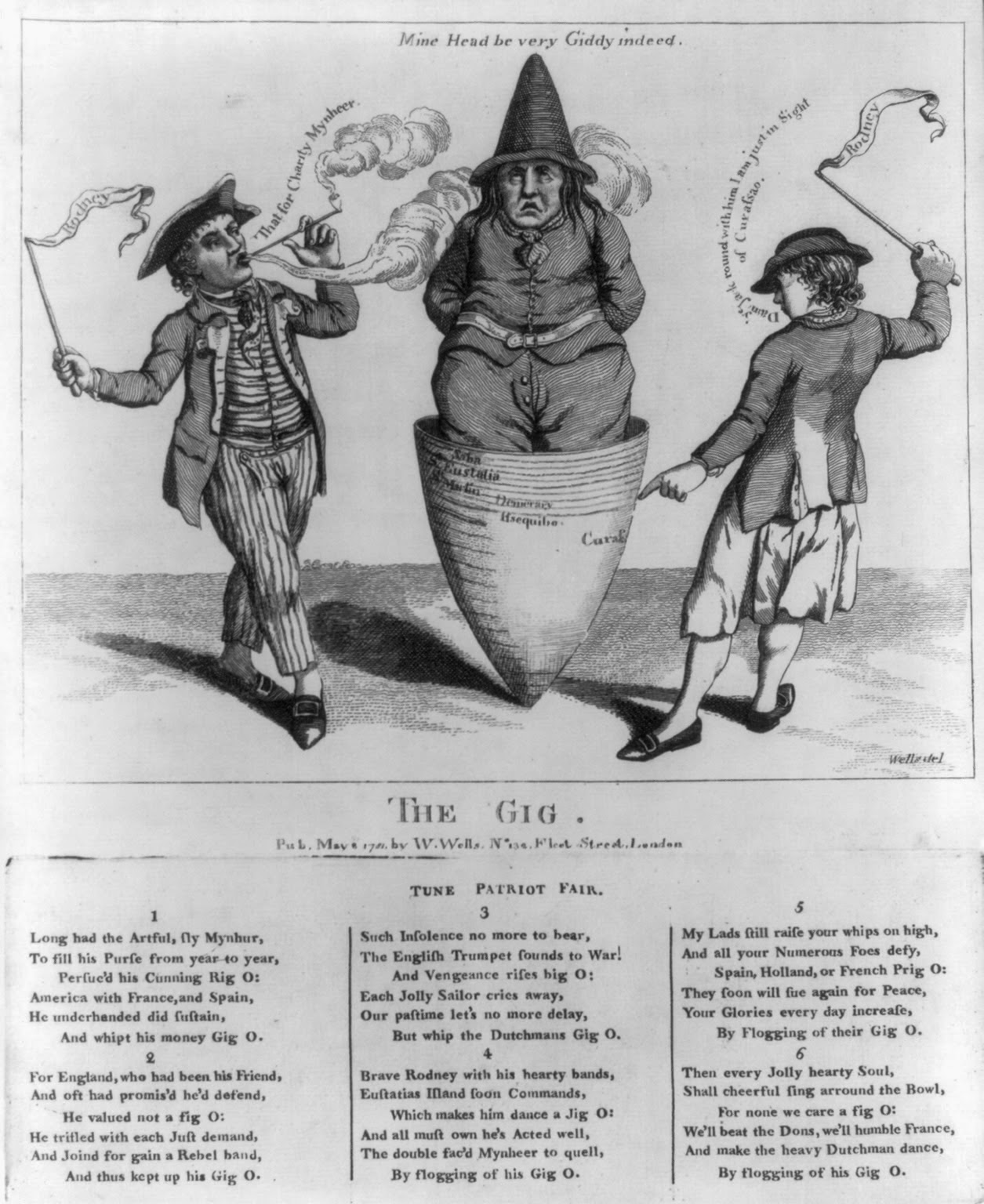 Two British sailors dance jauntily around a beffudled Dutchman, plagued by English successes at sea during the later years of the American Revolutionary War. 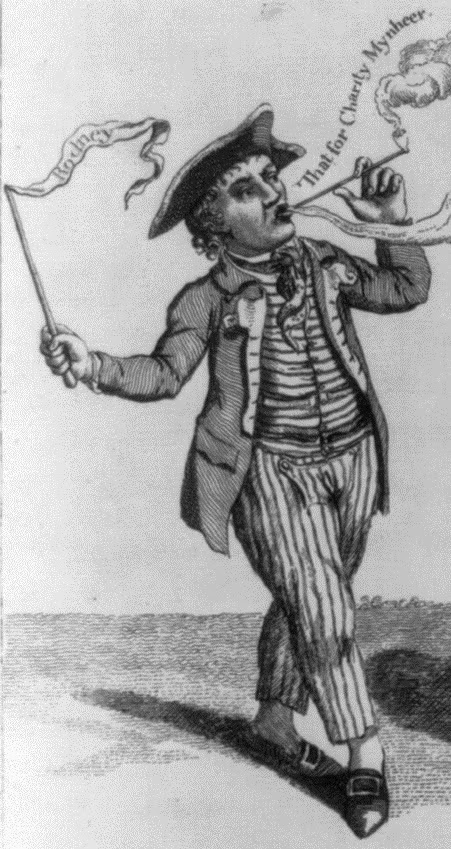 On the left is a well dressed tar with a cocked hat bound in white tape, cocked over the left eye. His short hair hangs loose, ending above the neck. The sailor's neckcloth is a patterned, light colored piece, possibly spotted. His single breasted waistcoat is decorated with narrow horizontal stripes, but there is not enough detail to come to any conclusions about his buttons. The double breasted jacket is adorned with white lapels that hang unbuttoned. His collar is fairly typical, and without buttons. The waist flap pockets of his jacket are also without buttons. His trousers are a two button broad fall with narrow vertical stripes. The stockings are white, and his pointed toed shoes have rectangular buckles. 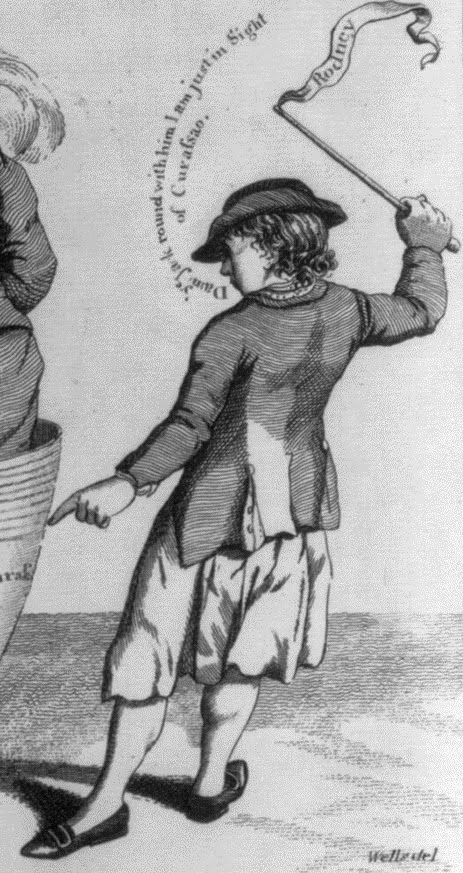 The sailor on the right wears a decidedly different outfit. Atop the tar's loose locks rests a dark round hat with a narrow brim upturned only on his left side. Our seaman's jacket has no pockets, but does sport slashed cuffs without buttons. The collar is of a narrow cut, far less pronounced than his shipmate on the left. We get a wonderful view of the three vents in the back of his jacket! His slops are white, matching his stockings. Again, the shoes have rectangular buckles and pointed toes.
Posted by Kyle Dalton at 3:42 PM