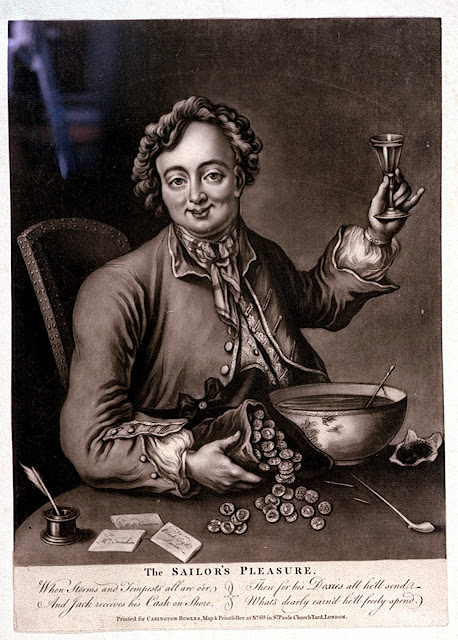 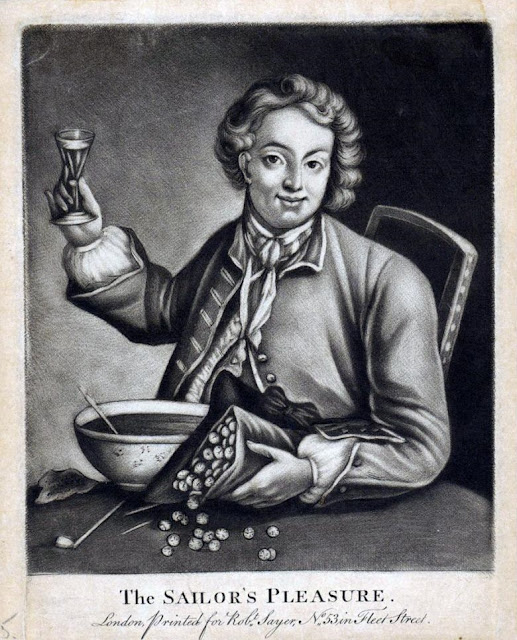 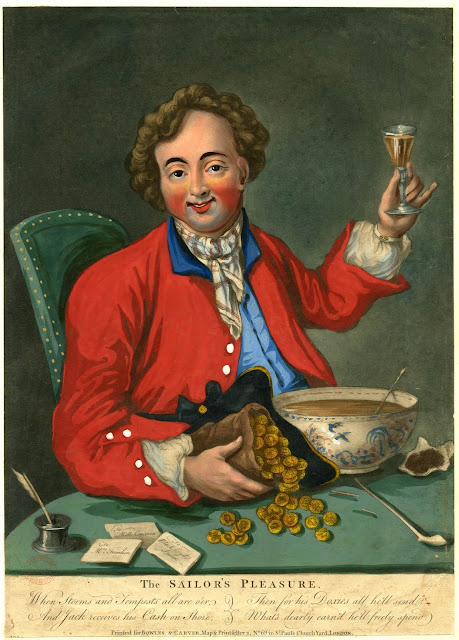 As was common in the eighteenth century print market, Bowles' success inspired knock offs. Robert Sayers produced a less detailed copy to ride the coattails of his competitor. This print appears again in Sayers' Jack got safe into Port with his Prize, published in 1780.

Our happy tar down a glass from the punch bowl, and leaves his tobacco pouch open to be added to the pipe. Coins spill from his hat. This is one of a few pieces depicting sailors carrying prize money in their hats.

In every version of this print he wears a bob wig. The neckcloth is short and striped, tied neatly about his neck. The waistcoat is embroidered and single breasted, with round buttons. In the later Bowles and Carver piece, the waistcoat is blue and without buttons. Our mariner's jacket is made with finished edges and a short collar. Bowles and Carver give him a red jacket without tape, blue collars, and white metal buttons. The buttons on the earlier prints may be metal.

The hat is also exceptionally fancy. It is edged in tape, which is gold in the Bowles and Carver print. Sayer portrays his sailor's cocked hat as untrimmed. The cockade is large and appears to be silk with a large metal button.
Posted by Kyle Dalton at 3:52 PM